Rafik at Distortion Festival in Copenhagen

The festival provides a full week of music in a wide range of formats, from street celebrations to warehouse parties and gigs in venues throughout town.

The final party on Saturday will take the shape of a massive rave at Refshaleøen. The RBMA Stage will feature the likes of LA-based beatmaker and Academy graduateTOKiMONSTA, NYC’s acid punk rapper Mykki Blanco live, as well as Benal, Karl William, Tais and Louis Rustum at the decks. 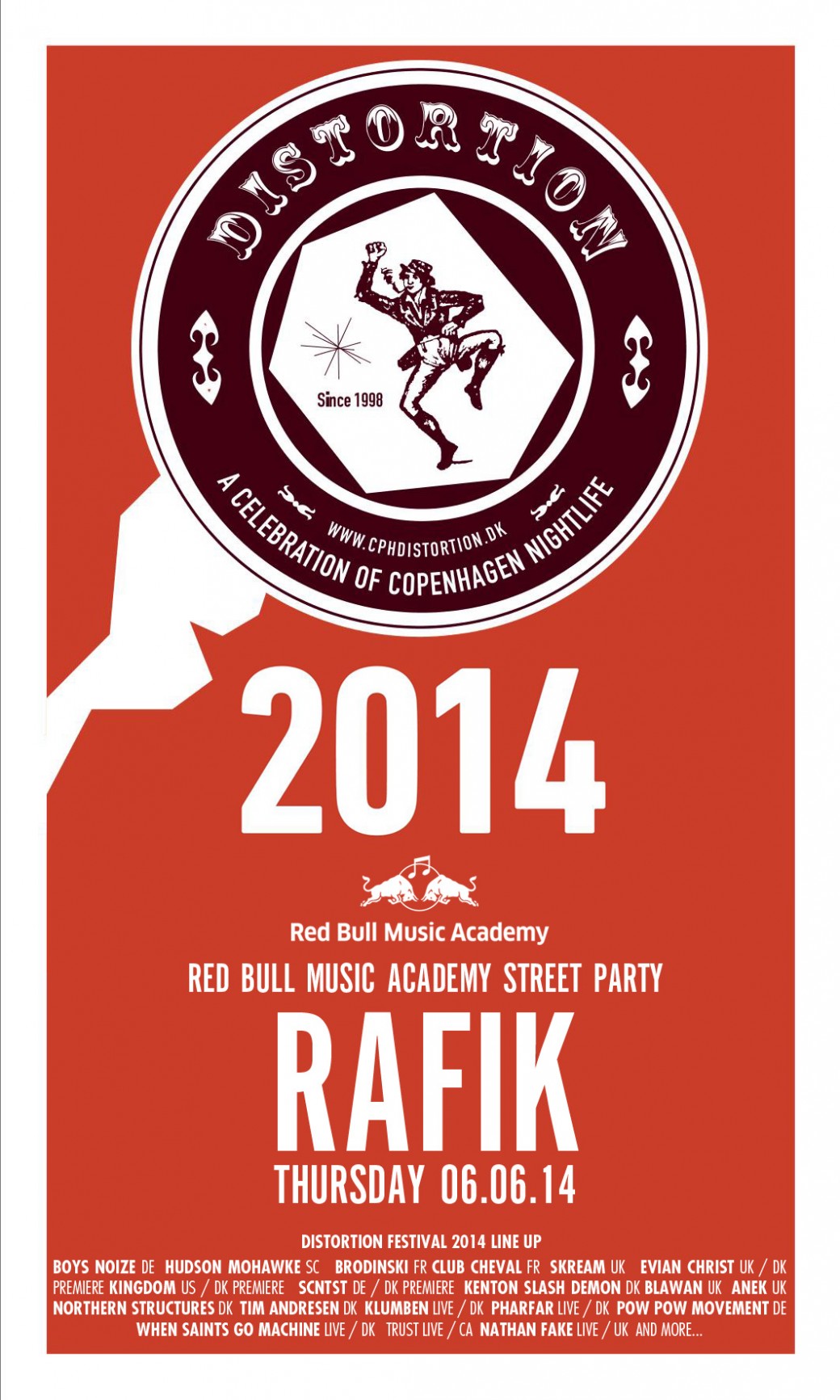