The application phase for the 2015 edition of the Red Bull Music Academy has started! To pave the way to Paris, we’re bringing German wunderkind Rafik for an RBMA Session and club night to Wroclaw, alongside fellow Academy alumni and Polish beat ambassador, En2ak.

Whether on his own or alongside his Lords Of Fitness teammates, this German prodigy has dominated the world of DJ battles since 2002, scoring more trophies and international titles than any of his competitors worldwide. After resigning from the battle circuit and moving from his hometown of Düsseldorf to Brooklyn, Rafik, the son of two classical musicians, decided to take it down a notch and spend some quality time with his machines. Besides being a frequent guest in clubs from Australia to China, Japan to the UK, Rafik’s eclectic productions and remix work present a unique take on the potential intersections between electronica, hip-hop and techno.

Join in for a free info session with Rafik and En2ak at Das Lokal, starting at 8.30pm, followed by a blissed-out party featuring DJ sets by Rafik himself, En2ak’s Poppa Fats‘ Dlght crew, plus additional support from Warsaw’s Flirtini, at 10.30pm. 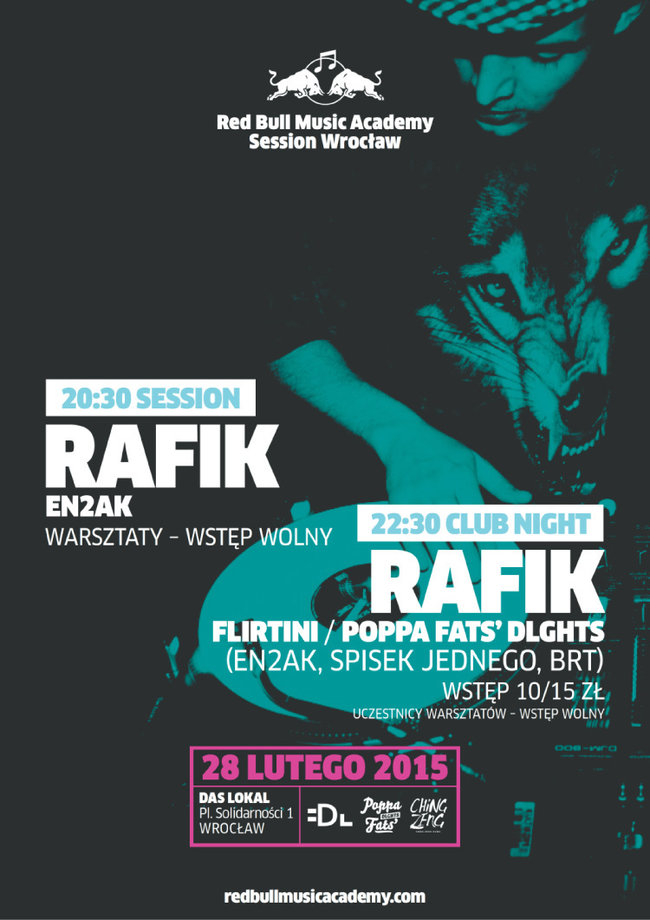